2008-05-12. Again going back to the roots 🙂 joined Solid Faces with my Hammond organ and the goal to make the band more than a garage band. 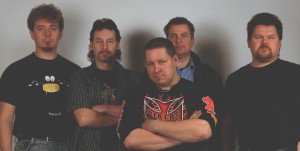 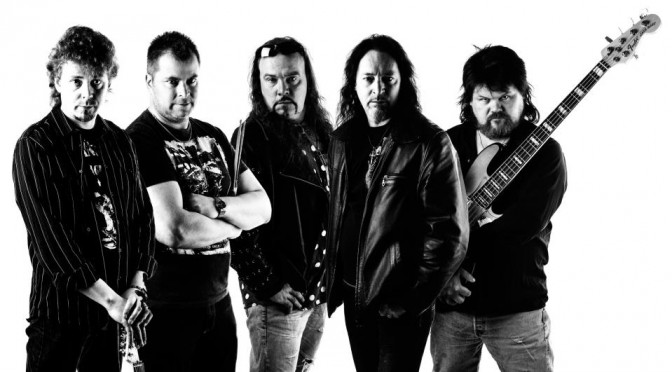 Fireball was a tribute band playing only Deep Purple covers. No records where released the band did only live gigs. At some point there was a change of drummer when Sam moved to another part of country for music studies. The band finally ended after Zacharias moved to Sweden for music studies and Dan moved to another part of the country. The band has no known official website, also no bootleg live recordings and pictures of the band have been found.

In brief
Stormwing a Melodic Hard Rock band from Jakobstad (Pietarsaari), Finland. The band was active between years 1986-1996 and released several recordings including a full length album in Japan.

The long story
Stormwing was founded 11:35 pm October 7th 1986 and was a migration from the band Stormbringer. With the remaining members Kari, Kenneth, Göran and Sven from former Stormbringer plus the new vocalist & bass player Johan the decision was to start as a new band under the name Stormwing because there was a lot of other bands out there with the name Stormbringer.

In early years the band members used artist names witch was common at the time and for the music style, however in later years the ordinary names were chosen to be used by the members. The artist names are within sentence.

The pseudonym’s was chosen with an undertone of humor.

Already from the beginning the band had focus on composing and working with own written songs.

The first release was a demo tape in year 1986 containing 5 songs. Two of the songs was recorded already in May 1984 (with the Stormbringer lineup) and the three other songs where recorded August 1986. These three later songs were also recorded before Johan joined the band so the former vocalist and bass player Jari from Stormbringer jumped in on the vocals and Olli Björkblad on bass to complete the recordings.

In year 1987 the band had a management contact who wanted to take care and release a debut single with the band. Young, green and without any written contract the band where going to Sweden to record. The hotel and studio was booked and supposed to be paid for by the management but f..k no… When arriving to Sweden the band soon realized nothing wasn’t paid for at all (time to kick some serious buts)!! In a quick band meeting members decided to take the hard earned lesson and self-finance the recording. The recordings resulted in the year 1987 debut vinyl single “Cold as ice/Hypnosis” plus the MC-EP with two more bonus songs “Below the belt/Trespasser”.

The original Stormwing logo was hand drawn in year 1989 in co-operation with Sören Kronqvist a good friend to the band, this logo was used in different shapes after that.

In year 1989 and still somewhat burnt and paranoid after their experience in 1987 the band decided to take care of everything by them self this time, when they did go back to Sweden and record and release the second vinyl single “Heart to heart/Lonely days”. Kari left the band in 1989 after the recordings where done because of moving to another part of country for studies. This was his last recordings with the band and he where no longer a member when the single was released.

In year 1990 Johan wanted to concentrate only on the vocals so Stefan “Kilju” Lindblom jumped in on bass. Stefan did also play bass on the song “Limelight” that was recorded in Sweden the same year.

Kim Enholm joined the band as a new bass player in year 1991. Same year the full length (12 songs) MC was also recorded and released, as usual on own label. The release contained both new songs and some earlier recorded material. The recording session where partial done in both Finland and Sweden. The full length MC release was named “Demo production 1991” mainly because of the small budget had for the project.

With lot of work and some more studio sessions again both in Finland and Sweden between years 1992 to 1993 things started to happen.

In year 1993 a cooperation between the band and the production company/record label Spesial Laboratoriet A/s in Norway resulted in participation with two songs on the Norwegian compilation CD release “Hard-Rock Compilation” this CD where also marketing for Japanese management and record companies and opened up the doors for Stormwing in Japan, all the kudos goes here to Torgrim Eide @ Spesial Laboratoriet A/s for this. At the CD release party concert in Haugesund, Norway the band accommodated at the Wanted drummer BT Sørbø’s place and also had the possibility to meet Torgrim in person, very much tanks for that! The band also did make their first contact with the becoming Japan management “Solveijg Ltd” at the CD release party.
Also in year 1993 the band got a record deal with “Top Records” and released the CD-EP “Awakening” in Finland.

Rest of the Stormwing story will be put up later.